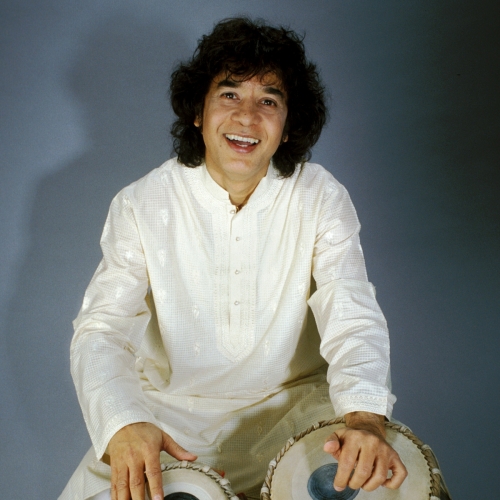 Events at the festival:

Events at the festival:

Zakir Hussain is undoubtedly one of the greatest legends of world music, virtuoso of the tabla, and artist who tours and
records with many other acclaimed musicians, including those form the world of jazz.

His father was the famous musician Ustad Alla Rakha. Thanks to his father, Zakir learned to play musical instruments from his youngest days. He started performing as a teenager, and when he was 19 years old, he travelled to the US for the first time, appearing alongside Ravi Shankar.

Audiences remember Hussain’s acclaimed albums, especially “Making Music” recorded for the famous ECM label. It is regarded as one of the finest musical fusions of the East and the West. Hussain was accompanied by John McLaughlin, Jan Garbarek and the legendary Hariprasad Chaurasia – uncle of Rakesh, who joins Hussain in Kraków.

Hussain has worked with McLaughlin many times, for example when creating recordings with his groups Shakti and Remember Shakti. He also worked alongside Bill Laswell, leading the group Tabla Beat Science bringing together acclaimed tablists and percussionists. He has also co-created the outstanding projects Planete Drum and Global Drum, and worked with some of the greatest musicians of all time, from George Harrison and Van Morrison to Pharoah Sanders and Charles Lloyd. He is a living legend himself.

Rakesh Chaurasia is more than just a nephew of Hariprasad Chaurasia – he is also one of his most talented pupils. He plays the bansouri, a traditional South Asian bamboo flute. He has worked with musicians including Talvin Singh, participated in recording dozens of albums, and he leads the RAF ensemble – Rakesh and Friends.